Visit the Ruins of Chan Chan 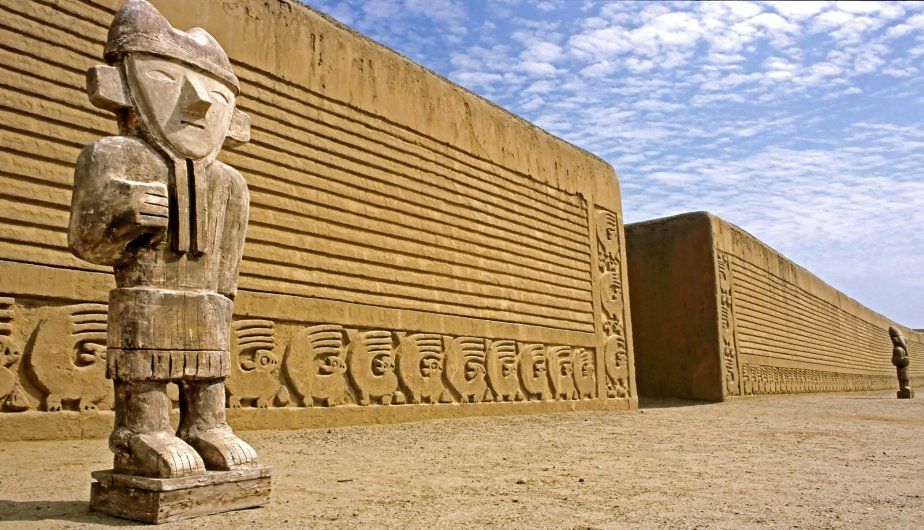 Built by the Chimú civilization, Chan Chan is the largest pre-Hispanic city in Latin America founded around 850 AD. The city covers an area of 20 square kilometers and is located 5 km west of Trujillo, just a short bus or taxi ride away. The city that housed more than 30,000 people lasted until 1470 when the Inca Empire conquered the Chimú race; only a few decades before the arrival of Francisco Pizarro and the Spanish conquerors in 1530. The area was declared a UNESCO World Heritage Site in 1986.

Good attention, thank you very much !!

Our stay was pleasant, quiet, good security, comfortable environments with proper hygiene, hot and cold water, prices a little above normal, but worth it, it is located in the shredded Bolognesi block...

Plaza Trujillo, Hotel is a modern building and is located in the Historic Center of the city of Trujillo- Peru; exactly in Jr. Bolognesi 344 ONE BLOCK FROM THE PLAZA DE ARMAS. Its strategic location allows it to be close to everything, as it is surrounded by Shopping, Financial and Tourist Centers. It is also 20 minutes and / or 12 km from the airport and 5 minutes from the bus terminal. We offer guests rooms with hot and cold water guaranteed 24 hours a day, 32 ”TV with cable, telephone, cold bar, 24-hour courtesy infusions, radio and hair dryer upon request, Wireless Network and Internet Cabin. Free of charge, Cafeteria, safe, laundry, ironing, foreign currency exchange, tourist information, emergency medical assistance, own mobility, garage and comprehensive hotel security.